After dropping Paul off at preschool we headed straight to the eye doctor.

We didn’t have an appointment so we did end up waiting awhile. 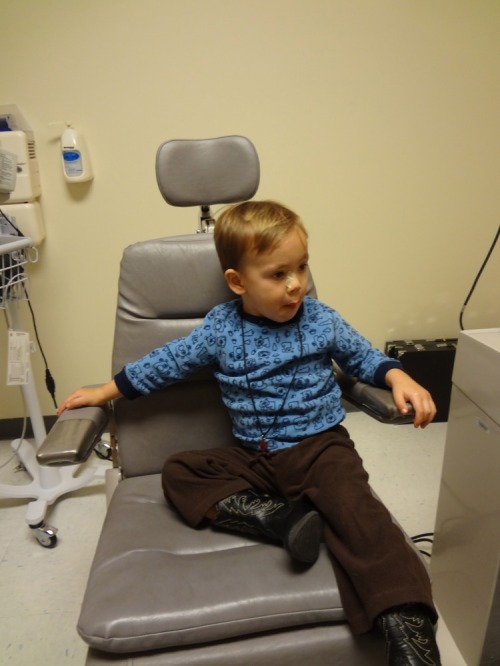 The actual holding him down and watching the doctor use tweezers in his eyes was painful.

For Henry, the old lollipop reward worked like magic after the procedure, he forgot all about the ordeal. 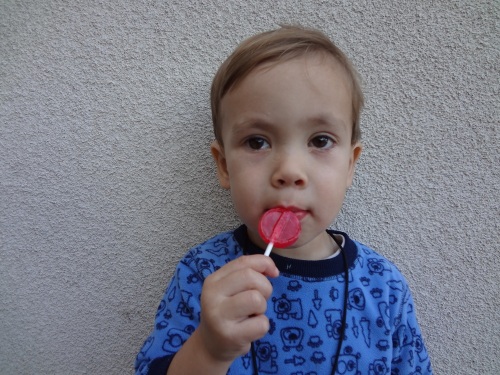 The calm in the storm- just like Pilar said she would be- was Miss Olivine asleep and looking very peaceful. The crying of Henry had not phased her one bit.

We headed back home and were about five minutes from our house when he started yelling from the backseat.

As soon as we saw he had pulled the other tube out..we headed back to the hospital saying “Oh Henry!” 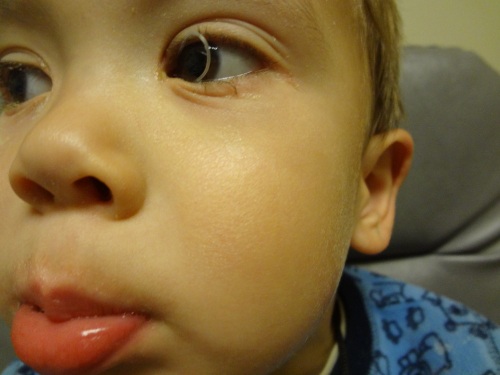 He just wanted another lollipop is what we realized.

One response to “Oh Henry!”