The boys were given a shared Lego box that was so big. They kept asking to build it and I kept giving excuses.Then today we woke up to a rainy day. I promised that after breakfast they could dig in. 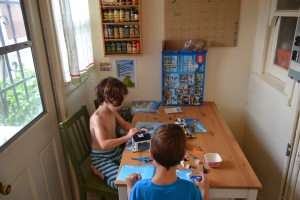 Then I insisted on some toothbrushing and changing of clothes. 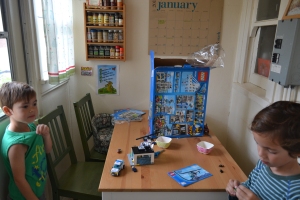 They stuck to it and kept working through lunch. I had to keep saying “eat your sandwich.” 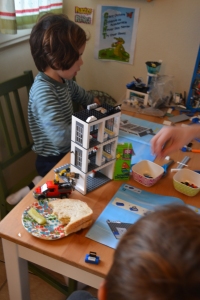 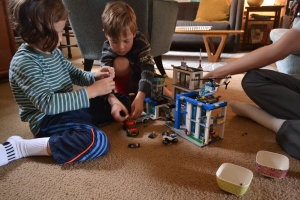 They played with it the rest of the day. Again, I never played legos so I am confused by the fascination. But these boys were as happy as clams. In total, it was 7 hours or more. That seems crazy!