With birthdays eight days apart we can’t resist capitalizing on a double birthday celebration. We were originally going to take the boys out of school, but learned Legoland would be closed for two days this upcoming week in preparation for snow (next weekend until the end of the year). So last minute plans changed and we went today.

The boys woke up and learned about their surprise at the kitchen table. 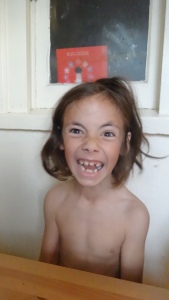 They definitely freaked out (in a good way).

We arrived when the gates opened with sunshine and big puffy clouds. 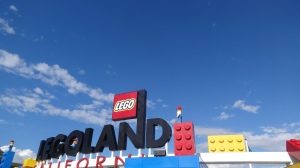 After pinning on birthday buttons and reading the map, we were off to wander.

For a weekend, I was grateful it was not crowded, which gave us plenty of time to look around and 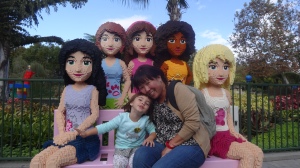 go where we wanted without long lines.

We had a one to one ratio of kids and adults (Grammy was as excited as the boys!) that meant many rides were evenly split.

that we dried without a problem. 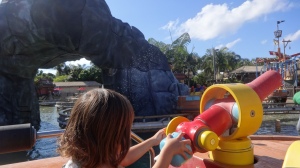 The weather could not have been more perfect.

I read up a little before going. That way I would know where to find the “granny smith apple fries”- Amazing! No ketchup dipping here, that is whipped cream.

Grammy planned ahead for the figure trading (works like Disney pins).

The boys brought along guys to trade at stations or with workers wearing them. 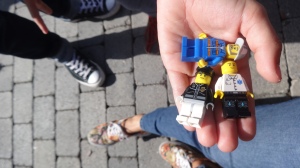 We saw all the Star Wars legos and it was seriously impressive. 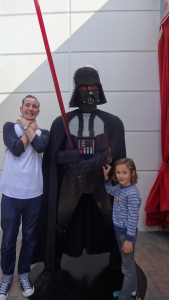 We let the boys pan for gold 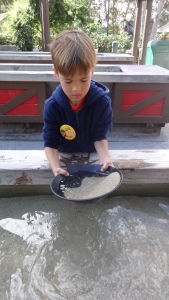 and learned Henry is fearless when it comes to roller coasters.

Legoland allows water bottles and snacks so we stayed happy until lunch. Besides rides and legos on display, they had ingeniously designed areas dedicated to just playing with legos. So my boys built boats and we could hang out for a few minutes without any rush or crowds. 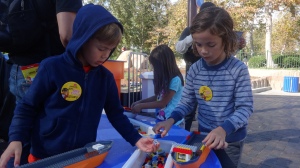 I was honestly worried about going to an amusement park. I wanted to go for them. I knew they would love it. But turns out, not so bad. I expected worse and was pleasantly surprised.

Legoland was bigger than I thought and for all three of my kids, the ages were perfect. Olivine couldn’t go on all the rides, but she also wasn’t interested in all the rides. This was my favorite ride to watch them go on together with their expressions of fear and fun combined. 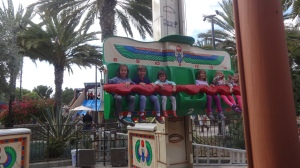 and the 4-D movie made me feel old. A dizzy head and blurry eyes is a reminder that I am old. I am a mom of a boy who is about to be eight.

By the time were leaving it was raining and I realized I locked the keys in the car. Grateful for AAA, these ones were oblivious as they played in the Lego Hotel Lobby 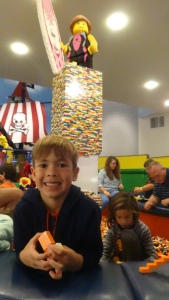 or laid out on the carpet, exhausted from having missed her nap. She is “zoning out.”

I have no idea how the years have slipped by so quickly but the older these boys get, the more fun and adventure that awaits, can’t you see it in their eyes? 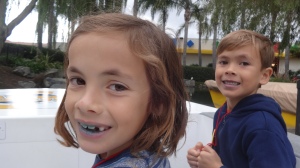 Do they know how much I love them? Happy early Birthday!

One response to “Two for One”